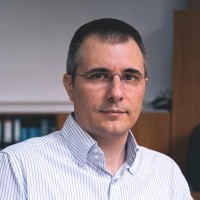 I work at the Department of Sociology of the University of Bucharest, teaching social statistics, research methodology and measurement in the social sciences.

My primary research interest is QCA - Qualitative Comparative Analysis, a novel methodology for social research that inspires a growing community for which I serve as a member of the Advisory Board and Steering Committee at COMPASSS. I have published extensively on methodological aspects, with a key interest in the programming of the minimization algorithms. My main programming environment is R (see also R-omania), for which I have contributed a number of packages, among which QCA for running Qualitative Comparative Analysis, DDIwR to convert to and from other statistical software, and declared for (finally) declaring missing values and labels in R.

University of Bucharest, Department of Sociology

My programming environment of choice is R, because it is a high level software and it automatically does memory management when creating objects. It is the sort of language where users can focus on substantive issues, rather than pure programming.

The most important R package I’ve created is called QCA, which does Qualitative Comparative Analysis for all types of input data: binary crisp, multi-value crisp and fuzzy sets. This package is now used in many universities and summer schools all over the world.

I am currently working on a parallel version of the minimization algorithm, having a lot pf potential to increase the execution speed, function of the number of cores from the machine where the package is installed.

Linked to QCA is an independent package called venn, that creates Venn diagrams for up to 7 sets. It is specifically written for graphing entire sets or any other custom intersection, specified as a SOP (sum of products) expression.

Interpreting SOP expressions, as well as a good number of useful miscellanea functions, are tasks perfored by the admisc package.

Another package with a lot of potential is called DDIwR, having a number of useful functions based on the Data Documentation Initiative standard. It can also convert to and from various statistical formats, and it recently gained a graphical user interface, packed into a software called StatConverter.

Together with Emilian Hossu, I currently develop a new type of GUI generator for R, creating custom dialogs that are imported in a main application, employing ElectronJS from the Node.js environment. It uses webkit as a standard environment, so the created dialogs look exactly the same on the users’ machines.

One of the most promising recent R packages is called declared, which (finally) enables R users to declare multiple missing values. Since it is a new addition in the R ecosystem, this special type of object has an entire suite of associated functions, for instance to calculate weighted summaries even for the missing values.

All my R packages are listed in the R Universe.

The European Social Survey is the most advanced academic survey in Europe, with over 20 years of collecting data every two years. It is …
Last updated on 2022-03-29 5 min read

Configurational analysis beyond the Quine-McCluskey algorithm.

At the Department of Sociology, I teach the following classes:

My preferred e-learning platform is Moodle, where students complete quizzes and build their final grade throughout the entire semester.

In a random order, this is a list of the institutions I have signed contracts with: